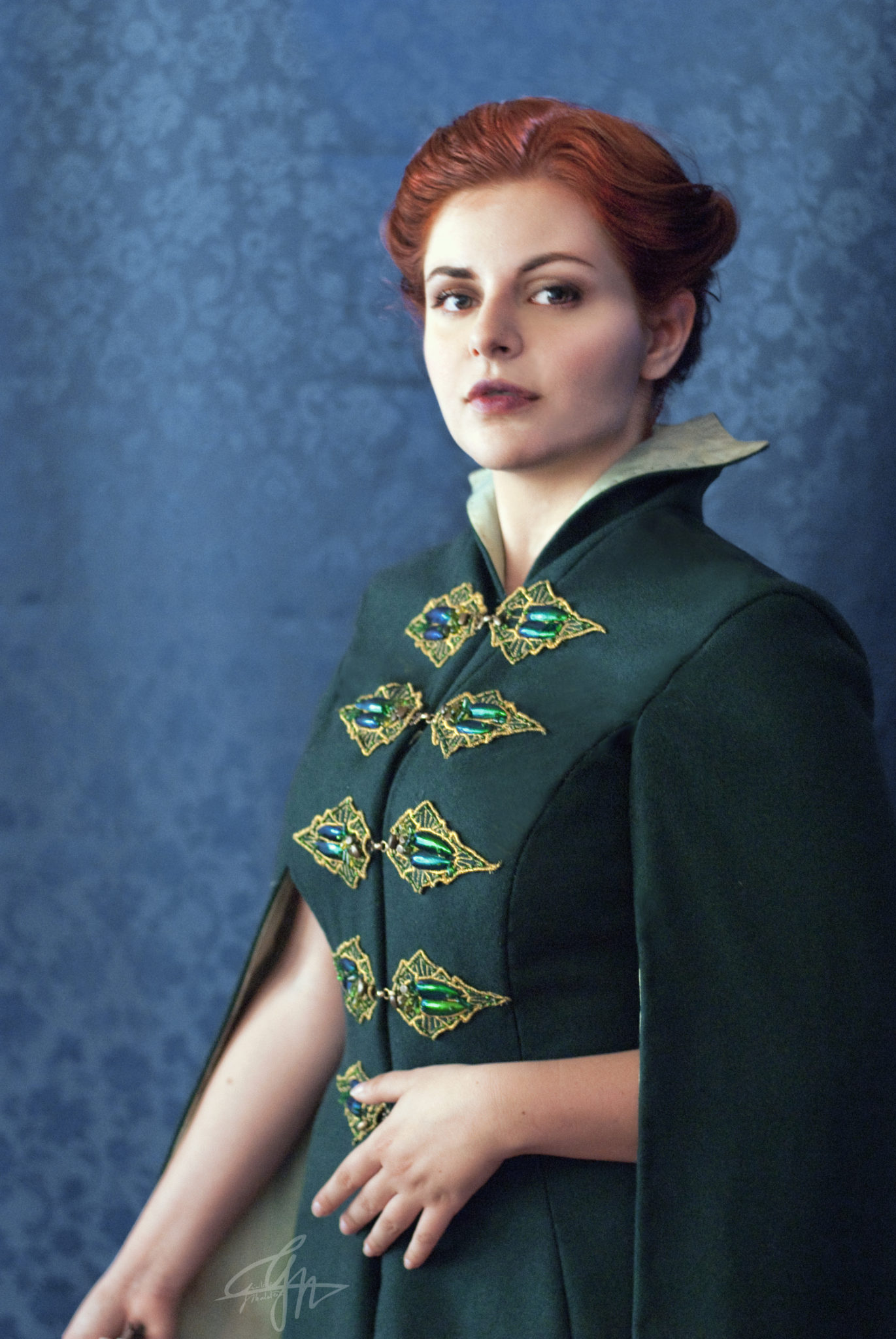 This is a piece I made for myself. Which means I have it in my closet, and in winter I actually wear it around the town.

It’s not for the common people. it’s not for those who fear to make a statement, who want to blend in, among the crowd. You wills tand up. You will bring the suggestion of a fantasy, historical world around you, they will think they’re stepped in a movie’s set, that they’ve crossed the line between the real world and the world of faeries. I can tell you that when you wear this, you’re one of a kind, it boosts your confidence, you feel like a queen out of a fairytale, if you’re brave enough to wear it.

It’s inspired by Mina’s green cape at the end of Bram Stoker’s Dracula.

It’s embroidered with art deco frog closures, in a beetle design, with real jewel beetle wings sewn. The lining is made with pure silk, hand dyed to match the iridescent color of the wings.

It’s available on etsy, in black and blue. For other colors, send me a message. 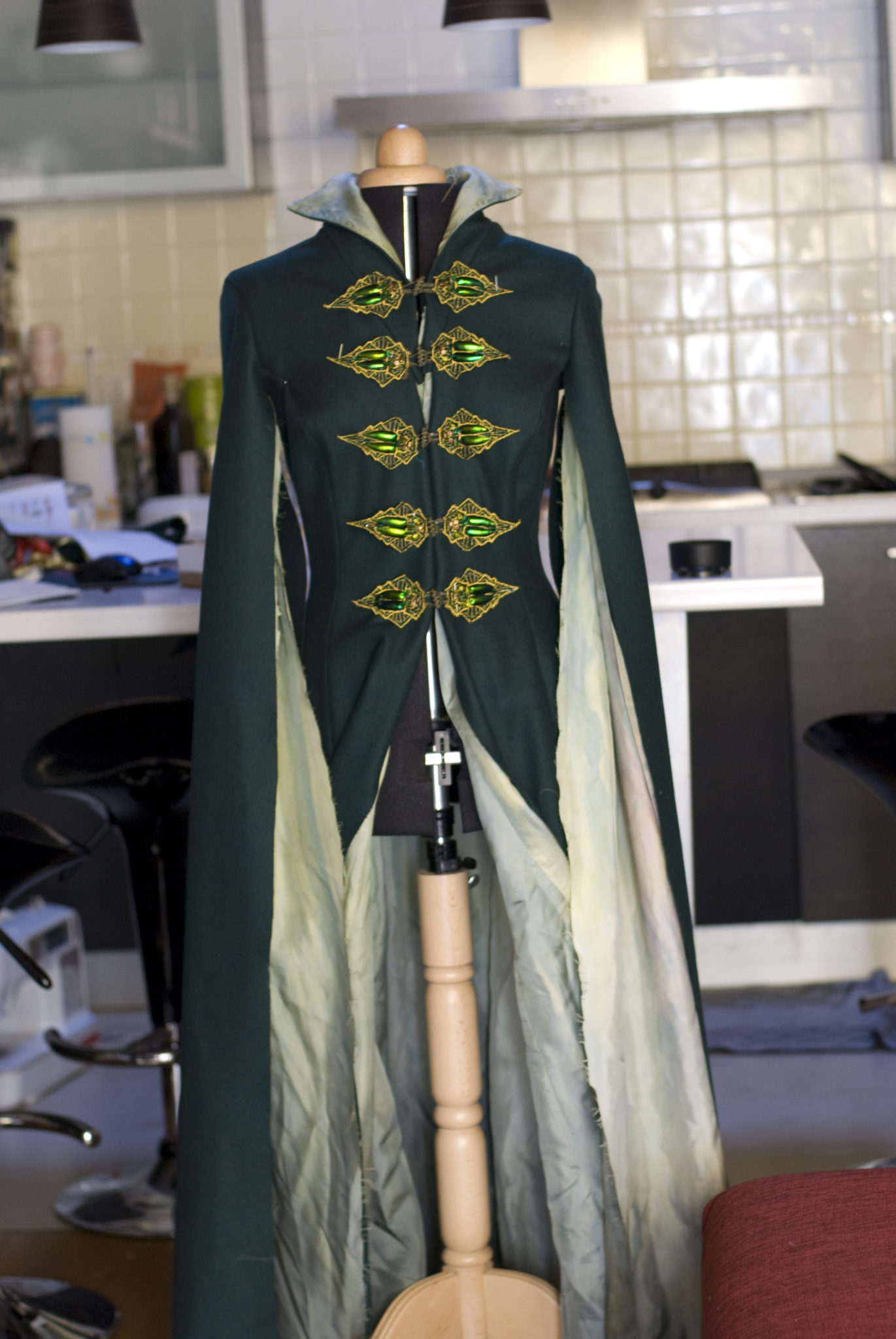 See it on Etsy
About the author

Related posts
Little Red Riding Hood
October 22, 2021
On Snake Queens, Star Wars and Poiret, and The Borgias
August 24, 2021
The Lucy Westenra nightgown
September 30, 2020
Nice photo…but something has gone wrong
June 18, 2020
Dark Crystal Deet
January 1, 2020
Daenerys, dress for the Queen of the ashes
May 18, 2019
Archives
Subject
Recent Comments
We use cookies on our website to give you the most relevant experience by remembering your preferences and repeat visits. By clicking “Accept All”, you consent to the use of ALL the cookies. However, you may visit "Cookie Settings" to provide a controlled consent.
Cookie SettingsAccept All
Manage consent