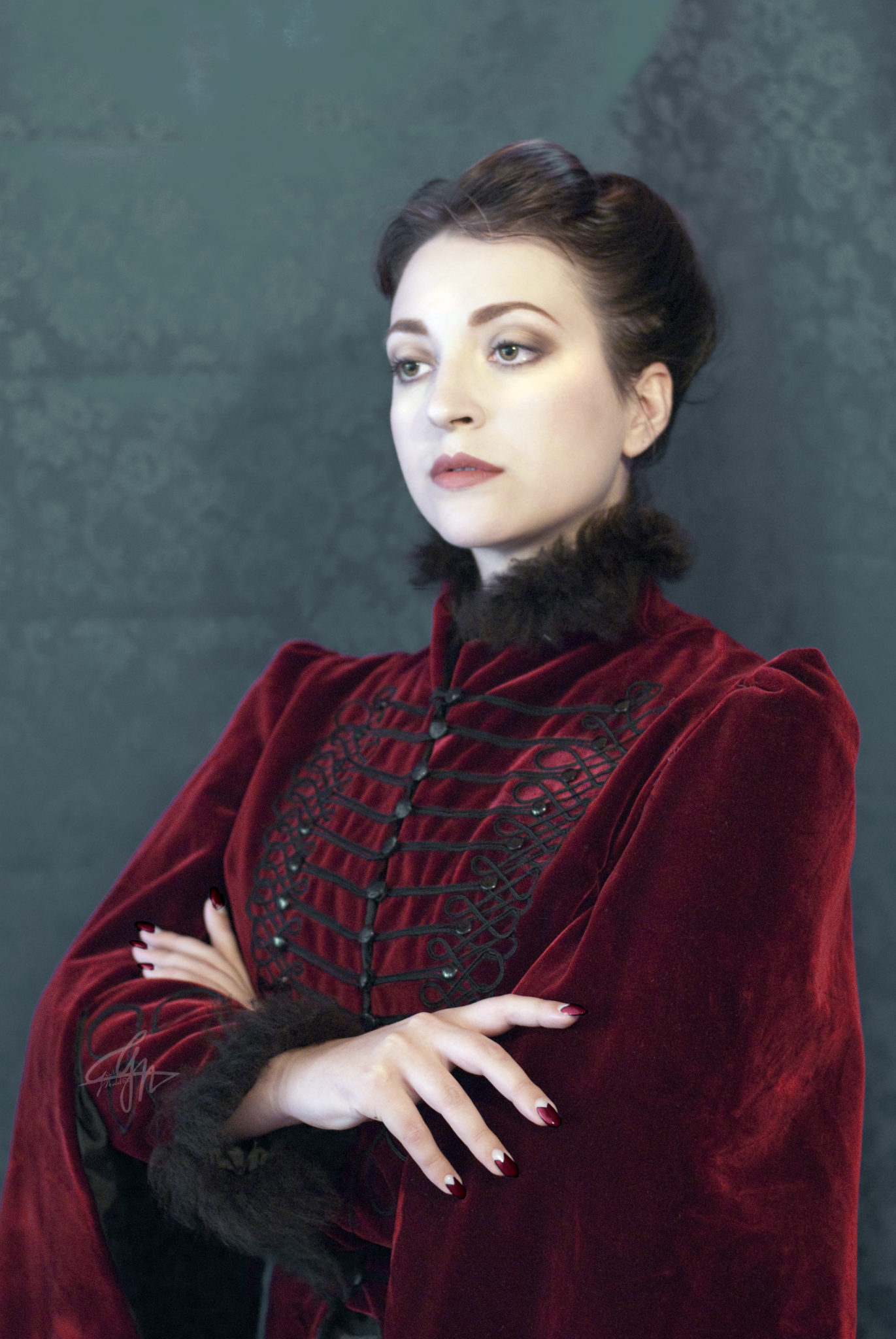 This coat is available in my etsy shop. You can also purchase the prototype, for a fraction of the price, if the size fits you!

Get the prototype
Have one made for you

A bit of back story.

This velvet was given me by my mother, as she found it at a relative’s home, not used. I was young, I was a bit goth, I was in love with vistorian designs and military uniforms, so I got myself in a project bigger than what I had handled before. And it cam out rather nice!

The first fitting was not perfect, as I expected, but it was enough to make me keep the coat in the closed, basted only, waiting to get the skills to make something good out of it.

More than one year later, I decided to keep working on it, and to add it to my collection, and I finished it, fixing many problems it had.

I still love it: it’s warm, it’s thick, it has that amazing color. It has a bit of victorian, a bit of military, and just a touch of classy goth.

The problem is…I love coats, and I have more than I can wear. It has been kept in the closet for that tour in Venice carnevale, to be worn over a victorian dress, but in the end I never used it, except for shootings. So it deserves someone to love it and to use it.